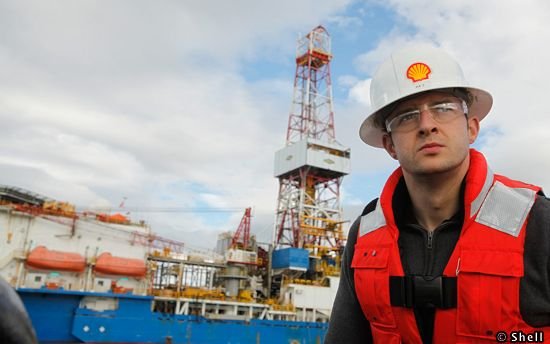 A debate currently rages in the District 6 Longshore community. Small dock builders and small marine construction companies are asking why they need Longshore coverage for their employees. In the last several months, the office has responded to the concerns of business owners in South Florida, as well as in the state of Tennessee, who are attempting to ensure a level playing field when estimating the costs for "over the water" jobs for which they bid. As we all know, Longshore and Harbor Workers' Insurance coverage is two to three times the cost of state workers' compensation coverage, and an employer who incorrectly insures their employees under the state's workers' compensation scheme has an unfair advantage when bidding on a job covered under the Longshore Act. Those employers who are providing the correct coverage for their employees are rightly upset that they are paying very high insurance costs and are losing jobs to lower bidders who are not providing correct insurance coverage for the work they are doing.

Conversely, small businesses are dismayed at the high costs of Longshore coverage, and lament that they cannot stay in business when their insurance coverage costs are more than their entire business's payroll.

A BIT OF HISTORY: Prior to the enactment of the 1972 Amendments to the Act, in order to be covered by the Act, a claimant had to prove that his injury occurred upon the navigable waters of the United States, including any dry dock. In 1972, Congress amended the Act to add the status requirement of Section 2(3) and to expand landward the sites covered under Section 3(a). In Director, OWCP v. Perini North River Associates, 459 U.S. 297, 15 BRBS 62 (CRT)(1983), the United States Supreme Court determined that Congress expanded coverage with their amendment, and did not withdraw coverage under the Act from workers injured on navigable waters who would have been covered by the Act before 1972. The Court said that when a worker is injured on actual navigable waters while in the course of his employment on those waters, he is a maritime employee under Section 2(3). Regardless of the nature of the work being performed, such a claimant satisfies both the situs and status requirements and is covered under the Act, unless he is specifically excluded from coverage by another statutory provision. The Court considered "these employees to be "engaged in maritime employment' not simply because they are injured in a historically maritime locale, but because they are required to perform their employment duties upon navigable waters." 3 Perini, 459 U.S. at 324, 15 BRBS at 80 (CRT).

When the Act was amended and coverage was expanded in 1972, many small marinas and boat builders went out of business due to the higher costs of Longshore insurance premiums. A cry went up from those business folks affected, and Congress heeded that cry (a mere 12 years after the 1972 amendments!). With the 1984 amendments, Congress excluded certain workers from coverage:

Unfortunately for dock builders, they were not included in the list of those excluded from coverage under the Longshore Act. Hence, dock builders or marine contractors who build docks behind private homes, or do any kind of marine construction, even if they are working in two feet of "navigable water" (or less!) have Longshore exposure, and under the law, must have Longshore insurance coverage. Failure to have coverage is against the law, and carries serious consequences for an employer who fails to satisfy the insurance requirement:

The Act provides that an employer who fails to satisfy the insurance requirement shall be guilty of a misdemeanor and, upon conviction, shall be punished by a fine of not more than $10,000 or by imprisonment for not more than one year, or by both.

Where the employer is a corporation, the President, Secretary, and Treasurer shall be severally liable to such fine and imprisonment, and also liable, jointly and severally with such corporation, for any compensation or other benefit which may accrue under the Act.

An uninsured employer may also be subject to civil suit by an injured employee pursuant to Section 5 of the Act. The injured worker or his legal representative may elect to claim compensation under the Act, or to maintain an action at law or in admiralty for damages on account of the injury. In such action, the defendant may not plead as a defense that the injury was caused by the negligence of a fellow servant, or that an employee assumed the risk of his employment, or that the injury was due to the contributory negligence of the employee.

Having Longshore coverage is expensive, but not having it could turn out to be more expensive than merely paying the insurance premiums. Unless and until the law is amended again, employers whose employees are working on the navigable water (and are not specifically excluded under the current statute) need Longshore coverage. The Department of Labor, in conjunction with the State of Florida Workers' Compensation Compliance Bureau, is working to ensure that those businesses with Longshore exposure have the correct insurance coverage. Those who continue to ignore the law may find themselves in "deep water" when auditors come to call, beginning as early as the end of February for certain businesses in Florida.

PLEASE CHECK THE QUESTIONS SECTION OF THE NEWSLETTER FOR ADDITIONAL INFORMATION